Renzo Avesani of Unipol, will chair the Chief Risk Officer’s Forum for 2015

Home » Renzo Avesani of Unipol, will chair the Chief Risk Officer’s Forum for 2015

Renzo Avesani of Unipol, will chair the Chief Risk Officer’s Forum for 2015

Renzo Avesani, Chief Risk Officer of Unipol and Vice-Chairman of the CRO Forum in 2014, was elected CRO Forum Chairman for 2015 during the fourth quarterly meeting of the Forum in December 2014.

Renzo’s previous roles include the position of CRO at Banca Intesa and leading the development of risk management activities at the Banking Supervision Regulation Division of the International Monetary Fund. He also held the position of Professor of Macroeconomics and Finance at the University of Brescia (Italy).

Renzo’s experience and other commitments, as EIOPA stakeholder and Insurance Europe Solvency II committee chair, will contribute to the effectiveness of the Forum. Commenting on his new role as Chairman, Renzo said: “I am honoured to serve as Chair of the CRO Forum. I hope that in 2015 we will continue to contribute ideas and proposals for the development of a safer and more risk aware economic environment”.

The CRO Forum would like to thank Marco Vet, Chief Risk Officer of Achmea, for chairing the Forum since December 2013. With Marco at the helm, the CRO Forum consolidated its significant role in key discussions on risk management, with a focus on best practices, emerging risks, and issues related to consumer protection. On these issues, a total of seven papers were published during the course of 2014.

The CRO Forum welcomes the on-going cooperation with other industry stakeholders and the efforts undertaken to achieve a common industry position on open elements of the Solvency II framework and other regulatory developments. The CRO Forum is grateful to the European Commission and EIOPA for their willingness to continue engaging with the industry in a constructive dialogue. The CRO Forum looks forward to working with all relevant stakeholders in the coming year and contributing to topical areas risk management. 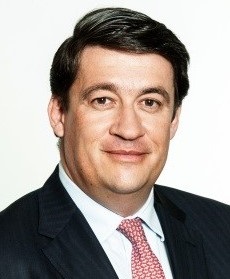 In the same meeting, Pierre-Olivier Bouée, Group Chief Risk Officer of Prudential plc, was elected as Vice-Chairman of the CRO Forum for 2015. Pierre-Olivier began his career as a civil servant in the French Treasury, where he worked at the Secretariat of the Paris Club, before joining McKinsey in 2000 as a consultant working mainly in the international financial institutions sector. He joined Prudential in 2008 as Business Representative for Asia and Director of Strategy and Corporate Development. At the same time he joined the Board of Prudential Corporation Asia. In 2009 he took on the additional role of Managing Director CEO Office, while maintaining his responsibilities for Group strategy and coordinating the relationship between Group Head Office and the Asian business.

His broad experience will serve as a valuable contribution to the effectiveness of the Forum. Commenting on his new role as Vice-Chairman, Pierre-Olivier said: “I am delighted to be vice-Chair of the CRO Forum in 2015 and look forward to working with Renzo and building on the progression made with Marco at the helm.” For further information please contact croforum.office@kpmg.nl