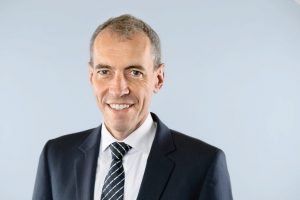 Patrick Raaflaub, Chief Risk Officer of Swiss Re and vice-Chairman of the CRO Forum in 2017, has been elected CRO Forum Chairman for 2018.

Patrick has been Chief Risk Officer at Swiss Re since 2014. Patrick began his career as an economist at Credit Suisse. He then was founding member of a consulting start-up and research fellow at the University of St. Gallen, before joining Swiss Re for the first time in 1994. Three years into his career at Swiss Re he was appointed Chief Financial Officer of Swiss Re Italia SpA in 1997. He then held several different positions among them Divisional Controller Americas Division, Head of Finance Zurich, Regional Chief Financial Officer Europe and Asia and Head of Group Capital Management. In 2008 Patrick joined the Swiss Financial Markets Supervisory Authority FINMA as Chief Executive Officer. In September 2014 he returned to Swiss Re as Group Chief Risk Officer and member of the Group Executive Committee. Patrick holds a PhD in Political Science. Commenting on his new role as Chairman in 2018, Patrick said: “Over the last few years the role of Risk Management has gained considerably in importance. We will continue to evolve risk management’s role by deepening the collaboration and dialogue within the CRO Forum and contribute to a more resilient future for the re/insurance industry.” 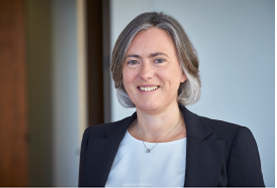 Angela is the Group Chief Risk Officer for Aviva Plc, a position she has held since July 2015. She is responsible for leading the Risk Function at a Group level and is a member of the Group Executive team. As part of her role, Angela chairs the Group Operational Risk Committee and is a member of a number of Aviva’s subsidiary boards. Since joining Aviva in 2001, Angela has held a variety of actuarial roles including UK Life Chief Actuary and was also the UK Life CRO for 3 years. Angela began her career as an actuarial consultant for 12 years, working on a variety of assignments in many countries. Angela is a member of the Actuarial Council of the Financial Reporting Council and the CRO Forum.

Angela said; “I am pleased to become vice-chair of the CRO Forum. It has an increasingly important role in helping to connect the Risk industry and share best practice amongst the Risk community. I look forward to working with Patrick as Chair and Jan-Hendrik as Vice chair and the CRO Forum team to shape the strategy and focus of work in 2018.”

Jan-Hendrik joined NN Group as Member of the Management Board on 1 September 2016 and became NN Group CRO on 1 October 2016. Prior to that, he was a Partner at Oliver Wyman’s Financial Services business, Head of the UK Insurance Practice and a member of the European Leadership Team. Jan-Hendrik joined Oliver Wyman in 2009 and his consulting work focused mainly on risk, capital and asset-liability management for UK and European insurers. Jan-Hendrik previously held Risk and Finance roles with Prudential plc’s head office in London and began his career developing investment products with Momentum Life in South Africa. Jan-Hendrik has more than 15 years experience in international financial services. He is a Fellow of the Institute and Faculty of Actuaries and holds and Executive MBA from London Business School.

Commenting on his new role as vice-Chairman in 2018, Jan-Hendrik says: ‘I am honoured to become the vice-Chairperson of the CRO Forum and look forward to working closely with both Patrick and Angela in the coming year. Technology continues to shape our operating environment and is both an opportunity and a threat for most Forum members. I look forward to working with my colleagues in the Forum as we respond to these changes to safeguard the future of our industry.’

The CRO Forum would like to thank Bernhard Kaufmann, Chief Risk Officer of Munich Re, for chairing the CRO Forum in 2017. With Bernhard as Chairman, the CRO Forum advanced the CRO agenda in key discussions on risk management. Under his chairmanship the CRO Forum published various papers, including papers on Big Data & Privacy, Autonomous Machines, Risk Culture, Internal models in ICS 2.0 and Leading Practices in Model Management.