The CRO Forum is pleased to announce that Peter Giger, Chief Risk Officer of Zurich Insurance Group, is elected Chair of the CRO Forum. 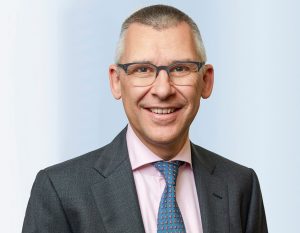 Peter Giger has extensive experience in insurance and reinsurance, including in areas of finance, risk, strategy, underwriting and regulatory management. He was appointed Group Chief Risk Officer and member of the Executive Committee of Zurich Insurance Group (Zurich) in October 2019 and took on the additional responsibilities as Group Chief Investment Officer on an interim basis in July 2021. Prior to that, he served for four years from 2014 to 2018 as the head of the Swiss Financial Market Supervisory Authority FINMA’s insurance division. During that time he also served as FINMA’s deputy CEO and a member of its executive team. While at FINMA he represented Switzerland in international organizations, instituted standard operating procedures and guidelines, and was instrumental in consolidating Swiss Solvency Test modeling. From 2002 to 2014 he held executive leadership roles at Zurich, including CFO General Insurance from 2010 to 2014. Prior to that he headed Structured Finance at Swiss Re from 1999 to 2002. Mr. Giger began his career at Zurich, holding a series of management positions between 1992 and 1999. Peter Giger became a member of the Swiss Federal Institute of Technology (ETH) Risk Center’s advisory board in February 2020. Peter Giger has a doctorate in business administration from the University of Zurich, and a master’s degree in business administration, specializing in IT, from the University of St. Gallen.

Commenting on his new role as Chair, Peter said: “Risk management is a critical process because it empowers a business with the necessary tools so that it can adequately identify and deal with risks. The CRO Forum is bringing together Chief Risk Officers of the various insurance companies to identify and benchmark good practice in risk management and share the insights with the wider industry to build resilience to the known and emerging risks. I’m honored to take a Chair role of this group, and I would like to thank Andreas Märkert for his leadership and commitment to advancing the CRO Forum’s core aims during his time as Chair.” 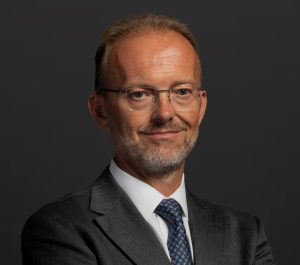 Carlo Ferraresi is Group CRO of Assicurazioni Generali since September 2022. He has a long standing career in the financial services industry, where he worked as CFO and CEO of Cattolica Assicurazioni, he was managing director of the Financial Institutions Group at Crédit Agricole Corporate & Investment Bank, senior banker at ABN AMRO as responsible for advisory services for the largest Italian insurance and banking groups, was head of Risk Financing in Marsh, senior director at Arthur Andersen as well as at Deloitte. Carlo began his career at Generali back in 1990 as an underwriter in the Marine division of the UK branch moving later into Corporate Finance department of Generali Group in Trieste.

He graduated with honours in Political Science from the University of Padua and holds an MBA from the SDA Bocconi School of Management in Milan. He is currently a Member of the Italian Corporate Governance Committee, a Member of the scientific committee of UNESCO “Future of Education for Sustainability” group and a Member of the Planning Committee at the Research Center of Technology, Innovation and Financial Services (CeTIF) at Università Cattolica del Sacro Cuore in Milan.

The CRO Forum would like to thank Andreas Märkert, Chief Risk Officer of Hannover Re, for chairing the CRO Forum since June 2021. Under his chairmanship, the CRO Forum published several papers, including ‘Mind the Sustainability Gap – Integrating sustainability into insurance risk management’, ‘Mental Health – The Hidden Crisis’ and ‘The Internet of Things risks from an insurance perspective’.