The CRO forum is pleased to announce that Frieder Knüpling, Group Chief Risk Officer of SCOR, has been elected CRO Forum Chair for 2020. 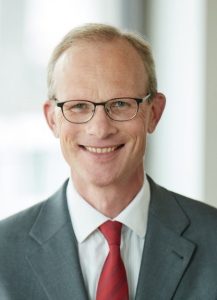 Frieder has been Group Chief Risk Officer of SCOR since January 2014, responsible for Risk Management, Actuarial, Risk Modelling, Economic Valuation and Prudential and Regulatory Affairs. He became a member of SCOR’s Group Executive Committee in 2010 as Deputy CEO of SCOR Global Life. Before this he held various actuarial, finance and risk management roles at Gerling Global Re, Revios and SCOR. He has worked in the Reinsurance industry for more than 20 years, based in Germany and in the UK, and has been serving on boards of numerous group subsidiaries. Frieder studied in Bonn, Göttingen London and Freiburg im Breisgau, as a Fellow of the Studienstiftung des Deutschen Volkes, and holds academic degrees in Mathematics and Physics and a PhD in Economics. He is a fellow of the Deutsche Aktuarvereinigung (DAV) and a Chartered Enterprise Risk Analyst (CERA).

Commenting on his new role as Chair in 2020, Frieder said:

“Within a fast-changing risk universe, the role of the CRO Forum in developing and promoting best Risk Management practices is as important as ever. It is a great honour to take over the Chair of the CRO Forum as we continue to improve our understanding of new and developing risks, strengthen the resilience of the insurance industry, and contribute to its ability to support the economic development of societies by providing protection against these risks.”

Allegra van Hövell-Patrizi, Chief Risk Officer of Aegon N.V. and Vice Chair of the CRO Forum in 2019, will continue serving her two-year term as Vice Chair in 2020.

Tom Wilson, Group Chief Risk Officer of Allianz Group, has been elected Vice Chair of the CRO Forum, beginning in 2020. 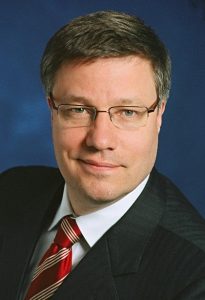 Tom is one of the founding fathers of the CRO forum. Tom is responsible for all of Allianz’s global insurance and asset management businesses. Prior to joining Allianz in 2008, Tom was the Chief Risk Officer for ING Insurance. From 2005 until 2008 Tom was as Global Head responsible for Finance & Risk Practice at Oliver Wyman & Company. In 2002 Tom was the CFO of Swiss Re New Markets joining in 1998 (responsible for the risk management, financial / management reporting, treasury and back-office operations for the alternative risk transfer and capital markets activities of Swiss Re).

Tom earned his BSc in Business Administration with honors from the University of California at Berkeley and his PhD in Economics from Stanford University. Tom has spent most of his professional career in Europe and has lived and worked in Munich, Amsterdam, New York, London and Zurich.

Tom is widely published and is the author of Value and Capital Management: A Handbook for the Finance and Risk Functions of Financial Institutions published in the Wiley Finance Series.

The CRO Forum would like to thank Jan-Hendrik Erasmus for chairing the CRO Forum in 2019.