The CRO Forum is pleased to announce that Allegra van Hövell-Patrizi, Chief Risk Officer of Aegon N.V., has been elected CRO Forum Chair for 2021. 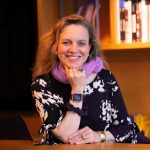 Allegra’s election as Chairperson follows her tenure as Vice Chairperson since July 2019.  Commenting on her new role as Chairperson in 2021, Allegra said: “I’m excited and honoured to take on this role, and I’m looking forward to engaging with my peers on risk management best practices in these unprecedented times – combining a pandemic with the exit of a major economy from the EU and the review of the major European solvency regime for insurance.”

Andreas Märkert, Chief Risk Officer of Hannover Re and Vice Chair of the CRO Forum in 2020, will continue serving his two-year term as Vice Chair in 2021.

Andreas is the Chief Risk Officer of Hannover Re Group and managing director of the division Group Risk Management. He has been with Hannover Re since 2004 in various roles including the oversight for Hannover Re’s economic capital model and capital allocation. Andreas holds a PhD in Mathematics and is member of the German Actuarial Society.

Peter is the Group Chief Risk Officer of Zurich Insurance. Prior to being appointed as Zurich’s Group Chief Risk Officer and member of the Executive Committee, effective October 1, 2019, he served from 2014 to 2018 as the head of the Swiss Financial Market Supervisory Authority FINMA’s insurance division. During that time he also served as FINMA’s deputy CEO and a member of its executive team. From 2002 to 2014 he held executive leadership roles at Zurich, including CFO General Insurance from 2010 to 2014. Prior to that he headed Structured Finance at Swiss Re from 1999 to 2002. Peter began his career at Zurich, holding a series of management positions between 1992 and 1999.